A fundraising campaign for Lake Agassiz Habitat for Humanity.

Our first step is to raise the money to build it. We need to raise $125,000 to build the home. Like all Habitat homes, this one will NOT be given to the homeowners. The family will purchase the home and their payments will help build future homes. It's an awesome way to leverage your gift and have it continue to do great work. The more homes we build, the more we can build. Donations of building materials help too!
By partnering with Habitat, you are giving a family a Hand-up, not a Hand-out.

Step two will be volunteers. As the lead sponsor on this build, FMAAR will have the first chance to volunteer on the build. Our builds require 275 volunteers, spread over 25 days. No experience necessary, but if you do have experience and are interested in leading a crew of volunteers, we want to talk!

The plan is in place, but we need YOU to help us complete the fundraising goal so we can get this home built. Please donate today. If you'd like to set up your own fundraising campaign for this build, contact Pete at pete@lakeagassizhabitat.org.

Lake Agassiz Habitat for Humanity (LAHFH) is part of a global, nonprofit housing organization operated on Christian principles that seeks to put God’s love into action by building homes, communities and hope. LAHFH is dedicated to eliminating substandard housing locally and worldwide through constructing, rehabilitating and preserving homes; by advocating for fair and just housing policies; and by providing training and access to resources to help families improve their shelter conditions. Habitat for Humanity was founded on the conviction that every man, woman and child should have a simple, durable place to live in dignity and safety, and that decent shelter in decent communities should be a matter of conscience and action for all. We partner with local businesses, churches and volunteers to help build homes with qualifying families. Volunteers provide most of the labor, and individual and corporate donors provide money and materials to build Habitat houses. Most importantly, partner families play a large role in the building of the home. They invest 250 hours of labor - "sweat equity" - into building their homes and the homes of others. They also make interest-free mortgage payments which go into a fund that is used to build more houses. 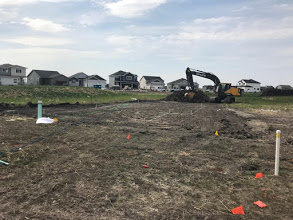 A Comfortable Place to Call Home 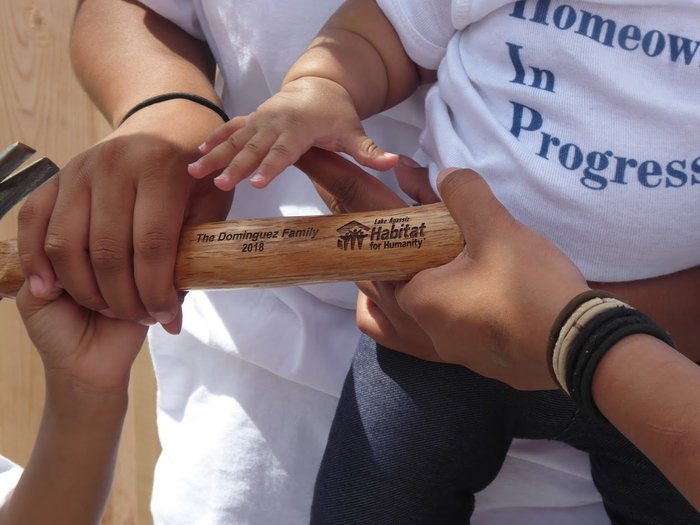 Audrey Dominguez is ago-getter. She isn’t afraid to roll up her sleeves and dive in to get things done and she can’t wait to get started on her Habitat for Humanity house.

Audrey’s home is the first of3 Habitat for Humanity homes being built this summer. It is in partnership theFM Area Association of Realtors, a group that truly understands what anaffordable home can do for a family. Their home was started on June 18 andexpected to be done in September. Watch for it on the fall Parade of Homes.

Dominguez has learned a lotabout home repair over the past six years. She’s been working to remove waterdamage, black mold and bad wiring in her mobile home.  Watching do-it-yourself videos and enlistinghelp from friends and family she hoped he could get her mobile home in a morelivable state for her four children ages 4 months to 14 years. And she wassucceeding, but the progress was too slow with limited extra money formaterials. Once a wall was replaced, the floors needed replacing, then thecupboards started pulling away from the wall revealing more moisture damage.The to-do list just kept growing.

“I learned about Habitat Housesfrom my cousin,” Dominguez says. “She had a co-worker who had gotten a houseand she told me to just apply.”

With low expectations,Dominguez filled out the application. She was shocked when she got an interviewand still didn’t believe it was a possibility. Then one day the phone callcame...

“I burst out crying whenJackie from Habitat called,” she says. “I just said, ‘Thank you Lord!’”

When Dominguez moved toMoorhead six years she was looking for a new start. She got a good job in accountingwith Titan Machinery, but as a single parent it was hard to put money away fora down payment on a house. She used what extra money she had to fix on hercurrent home but was always worried about what might go wrong with the house.She says her biggest relief getting into a new house is how much safer it willbe for her children.

“I won’t have to fix anything.I won’t have to worry about my house starting on fire because of the poorelectrical wiring. Cabinets with doors and drawers that close and not havingblack mold, so I worry that my kids will get sick,” Dominguez says.

Dominguez will be joined on the building project by members of Titan Machinery who plan to donate time to the project as part of a new company-wide initiative that offers paid-time for group community volunteer projects.  “I’m grateful that Titan encourages employees to volunteer for projects like this.  I’m really looking forward to working with my friends and coworkers to get our house built,” Dominguez says.

The children are excited about having their own rooms and getting to see the house take shape.  While there are still many unknowns including when the house will be complete, the Dominguez family knows that soon they will have a safe haven – a Habitat Home to call their own.